Driven by love and compassion to help indigent people living with certain health conditions in the country, Benjamin Olowojebutu Foundation, a non-governmental organisation, has unveiled plans to offer free surgical interventions to 5,000 women suffering from fibroids, lipomas, breast lumps, and hernias in 2020.

Aside the free surgeries, free eye screening and dental services would be provided to patients at no cost, according to the foundation.

The Executive Director and Founder of BOF, Dr. Benjamin Olowojebutu, who disclosed this at a dinner to mark the 1st Anniversary of the foundation in Lagos, said the NGO has a new drive to reaching out to more women in Nigeria and the rest of African region.

Reeling out the impact of the foundation since its establishment in 2018, Olowojebutu revealed that over 1,800 indigent women had been offered free surgeries till date without any death recorded, adding that the foundation had concluded plans to reach out to 5,000 women in 2020.

“We are targeting 5,000 indigent women suffering from fibriods, lipoma breast lumps and hernia under our project for 2020 called ‘Journey To 5,000 Free Surgeries.’ We are taking our free surgeries to other African countries. Next year, we are going to offer free surgeries to women in Uganda.”

“We want to let people know that there is help for them through our foundation. We are driven by love and compassion to help indigent people suffering these diseases and we want to make love common in Nigeria”, he affirmed.

Available reports show that fibroid has become rampant in Nigeria due to modern lifestyle and late marriage. Though Nigeria has no official data on number of women in the country with fibroid, experts say at least one in five Nigerian women has it.

Calling on state governments and corporate organisations to support the foundation to touch more lives, Olowojebutu stated that the Lagos State Government partnered with BOF in 2019 to provide free surgical intervention for 100 people in the state, urging other state governments to do same.

Since 2018, many indigent women across the country living with fibroid can now smile again following relief provided to them by BOF through its Vision 36 healthcare project aimed at providing free treatment to at least 36 women with fibroids, lipomas and breast lump across the six geo-political zones.

“Our vision is to use love to change the healthcare space. If we can touch somebody’s hands, we will make this world a better place”, he said.

Olowojebutu at the dinner which witnessed award and recognition of some distinguished individuals and organisations who have contributed immensely to the growth of the foundation, enjoined women with fribroid to go for surgery rather than indulge in indiscriminate use of herbal medicines, warning that no drug will shrink or pass out fibroid from a woman.

One of the awardees and Managing Director, Plus TV Africa, Mr. Kayode Akintemi, appealed for more funding for healthcare especially on issues affecting women and children.

“In 2020, millions of naira should be invested in healthcare. This, will in turn, alleviate poverty”, he stated.

Drumming financial support for BOF, Akintemi, urged churches, mosques and well meaning Nigerians to assist the foundation in reaching out to more women in dire need of healthcare services.

“More people should come out and help the foundation touch more lives. Our nation will never rise unless women are taken care of”,  he said. 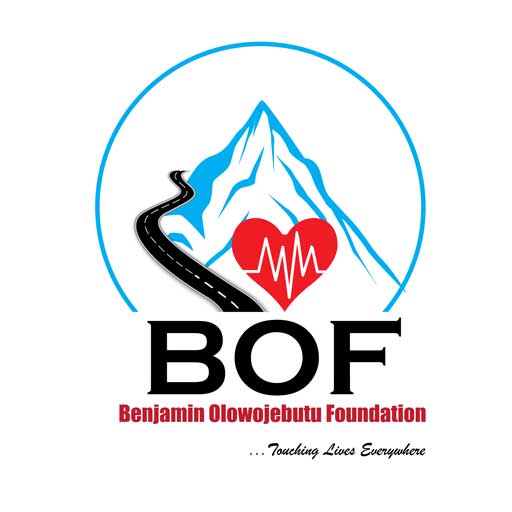 WALK AGAINST RAPE IN BARIGA DISTRICT